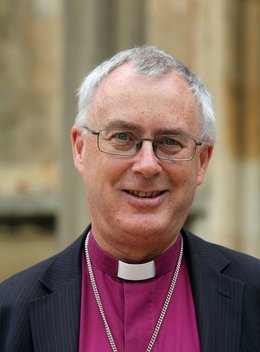 The Diocese of York Education Trust

Bishop Paul is the Bishop of Whitby within the Diocese of York.

The Right Reverend Paul Ferguson holds degrees in music (Oxford) and theology (Cambridge), and a PGCE from Westminster College Oxford.  The primary purposes of his present post (2014-) as Bishop of Whitby (suffragan bishop to the Archbishop of York) are to provide general oversight for the Church of England in South Teesside and much of North Yorkshire, and to be the Archbishop’s Ambassador for Schools throughout the diocese.  His previous post was as Archdeacon of Cleveland (2001-14), in which his responsibilities included the resourcing of the church’s work in the diocese’s northern area.

In previous years he has been a Governor of Millbank Community Primary School, Westminster; Westminster Abbey Choir School; York Minster School; and St Peter’s School, York.  He is now Chair of York Diocesan Board of Education and the Diocese of York Educational Trust.  He was Chair of All Saints (Secondary) Ingleby Barwick Church of England Academy Trust (2015: Outstanding) until that Trust’s conversion to form Dales.  He now chairs the Schools Development Group, a small think-tank serving the Church of England’s national education team.

Paul’s other interests include Scandinavian language, faith and culture.  He is a Norwegian speaker and a member of the Porvoo Panel which oversees the relationship between the Church of England and the Nordic-Baltic Lutheran churches.